“Is it Safe to…” During Pregnancy: Common Questions

Whether you’ve been trying to get pregnant for a long time or you discovered a happy accident, the moment a woman realizes she’s pregnant, she often begins to think of all the things she once did or likes to do, wondering if they’re still OK to continue during a pregnancy. The good news is, your list of pregnancy “don’ts” is much smaller than you might think, and there’s still a lot you can do during the next nine to ten months. Cherokee Women’s Health Specialists has compiled a few of our most asked “Is it safe?” questions here on our blog this week. Read up and know that you’ve got an exciting nine months ahead!

Is it safe to color your hair while pregnant? 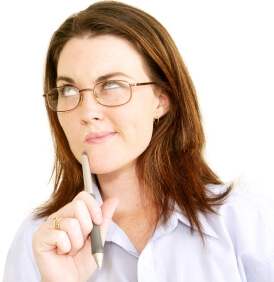 Many women begin coloring their hair long before pregnancy, and often wonder if it’s still safe to do so once they see those two little lines. For these women, the good news is that very little chemicals in the hair dye are actually absorbed into your system, and as long as you’re coloring your hair in a well-ventilated area and using protective gloves (if you’re doing it yourself), you should be perfectly fine. If the idea of coloring your hair during pregnancy still concerns you, you can wait until your second trimester when baby is less vulnerable.

Is it safe to be around paint while pregnant?

One of the most exciting things for a pregnant mother can be decorating a new nursery. Naturally, selecting a wall color for baby’s room is one of the first steps in creating the mother’s ideal space, but what about painting it? The type of paint used is the key here. Latex, or acrylic paint, is the most common and is generally considered safe to be around while you’re pregnant as long as you’re in a well-ventilated area. If you start to feel sick or nauseous at all, get some fresh air and have someone else finish the job. It’s best if you avoid using oil-based paints on your own, but you can let someone else do this for you as long as you’re not around while they’re doing the work. Lead-based paints are a strict no-no, and if you have to have some removed, make sure you’re not home during the process. Afterward, you should be fine to return to the home.

How much caffeine consumption is OK?

If you’re used to waking up with a cup of coffee or have to have a soda in the afternoon to help with that afternoon crash, there’s no reason for you to give caffeine up entirely during pregnancy unless you’d like to. Experts have stated that moderate levels of caffeine have not been found to have a negative effect on pregnancy, with the definition of moderate varying between 150mg-300mg a day. For reference, there’s about 259mg of caffeine in a 16oz Starbucks House Blend Coffee. If you’re concerned about caffeine intake during pregnancy, you can always talk to your provider at your next prenatal checkup.

What medications are off limits during pregnancy?

Another concern of newly pregnant mothers is making sure that if needed, they’re taking only the medications that have been cleared by their doctor during pregnancy. At your first pregnancy checkup, your provider will send you home with a complete list of medications that are generally thought as safe to use, including treatments for pain like Tylenol, treatment for nausea, cough and cold, and other symptoms. If at any point in your pregnancy you’re unsure about a medication, it’s always best to ask your doctor before taking it.

While these questions are just a sampling of the many questions we hear from patients during prenatal visits, we urge our patients never to be shy about asking questions. Having an open communication with your doctor or midwife during your pregnancy is the key to having a safe and healthy pregnancy. To schedule a prenatal visit at either our Woodstock or Canton office, contact our office by calling 770-720-7733.